In the year 1964, forensic science was instrumental in attempts to unravel the mysterious death of RSS leader Deendayal Upadhyay in Varanasi, an incident that elicited a nationwide response. Pushing the process along was forensic science expert Dr. Sasthi Chowdhury, who turned 100 last Monday. He has been involved in forensic science for over half of his long journey of 100 years. Touted the ‘Forensic Man’, Chowdhury has worked as a forensic expert, assistant director of Central Forensic Science Laboratory and director of State Forensic Science Lab from 1968 to 1980.

During his career, Chowdhury helped to solve the Belarani murder case and also worked as a forensic expert in the Saibari murder case. His son Sudipta Chowdhury told News18, “My father successfully solved the mystery of a tiger’s death in Kolkata’s Alipore zoo.” Sudipta Chowdhury said the tiger had died suddenly at the zoo. While searching for the cause of death, his father found a species of fly whose bite had killed the tiger, but flies of that species could not be found in Kolkata. 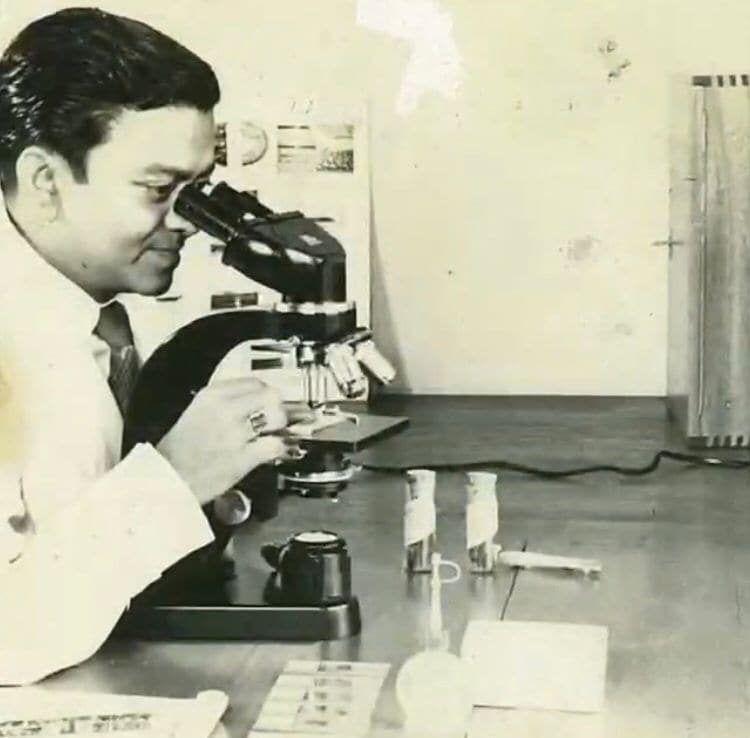 At the time of the investigation, a zoo official had attended a seminar in Rajasthan. Somehow the fly had gotten into his bag and thus travelled to Kolkata. Chowdhury has cracked many such complex cases and received many rewards and honors. He has been awarded the Dr. Bidhan Chandra Roy Award by Bangladesh Government at World Bangla Conference and the Lifetime Achievement Award by the Government of India for his work in Forensic Science.

For his father’s birthday, the junior Chowdhury said he had written a short story about his personal life and career, which was delivered as a speech on the special occasion.

Chowdhury was born on 20 June, 1923, in the village of Dhaperhat in Rangpur, East Pakistan, where he studied in the village school. He graduated in Science from Rangpur Chemical College. After passing MBBS from RG Kar Hospital, Kolkata, in 1949, he again did his PhD in Microbiology under the supervision of Calcutta University.

Then began his career as a forensic science expert. He has also gone abroad to further enrich his qualifications. Though he was born 24 years before India’s independence, he has been far ahead of his times.