HomeLifestyleChennai Pride Parade is back
Lifestyle

Chennai Pride Parade is back 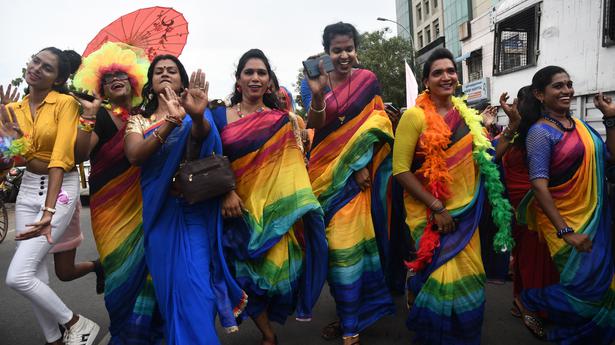 The parade on Sunday is one of many Pride Month events in the city, as Tamil Nadu Rainbow Coalition springs back into action after a two-year hiatus

The parade on Sunday is one of many Pride Month events in the city, as Tamil Nadu Rainbow Coalition springs back into action after a two-year hiatus

The coalition is celebrating the 14th year of Pride in Chennai this year. It was formed in 2009, when a number of local groups and on-ground collectives working for various LGBTQIA-related causes — from spreading awareness about gender identity to fighting for human rights and safety — decided to band together. The city’s first pride march was held in the last Sunday of June that year.

This year, Chennai Rainbow Collective has once again been organising a number of events through the month, set to culminate as usual with the Pride Parade starting from Langs Garden Road, on June 26. The queer cultural festival Vannangal is set to feature two hours of programming, including a fashion show by members of the transmasculine community, on June 25 at the community hall on Harrington Road. Past events this month have included ‘know your rights’ panel discussions with lawyers, spoken word and poetry events, film screenings and more.

The full list of events associated with Pride 2022 can be found at https://tinyurl.com/tn-pride-2022-calendar. Moreover, Dos and Donts for allies, corporations and others who want to show support are also available on the Instagram pages and websites of the organisations that form the coalition, such as orinam.net.

How NOT to be your child’s first bully