HomeTop StoriesJos Buttler Butchered RCB's Hopes for IPL Trophy and There Were a...
Top Stories 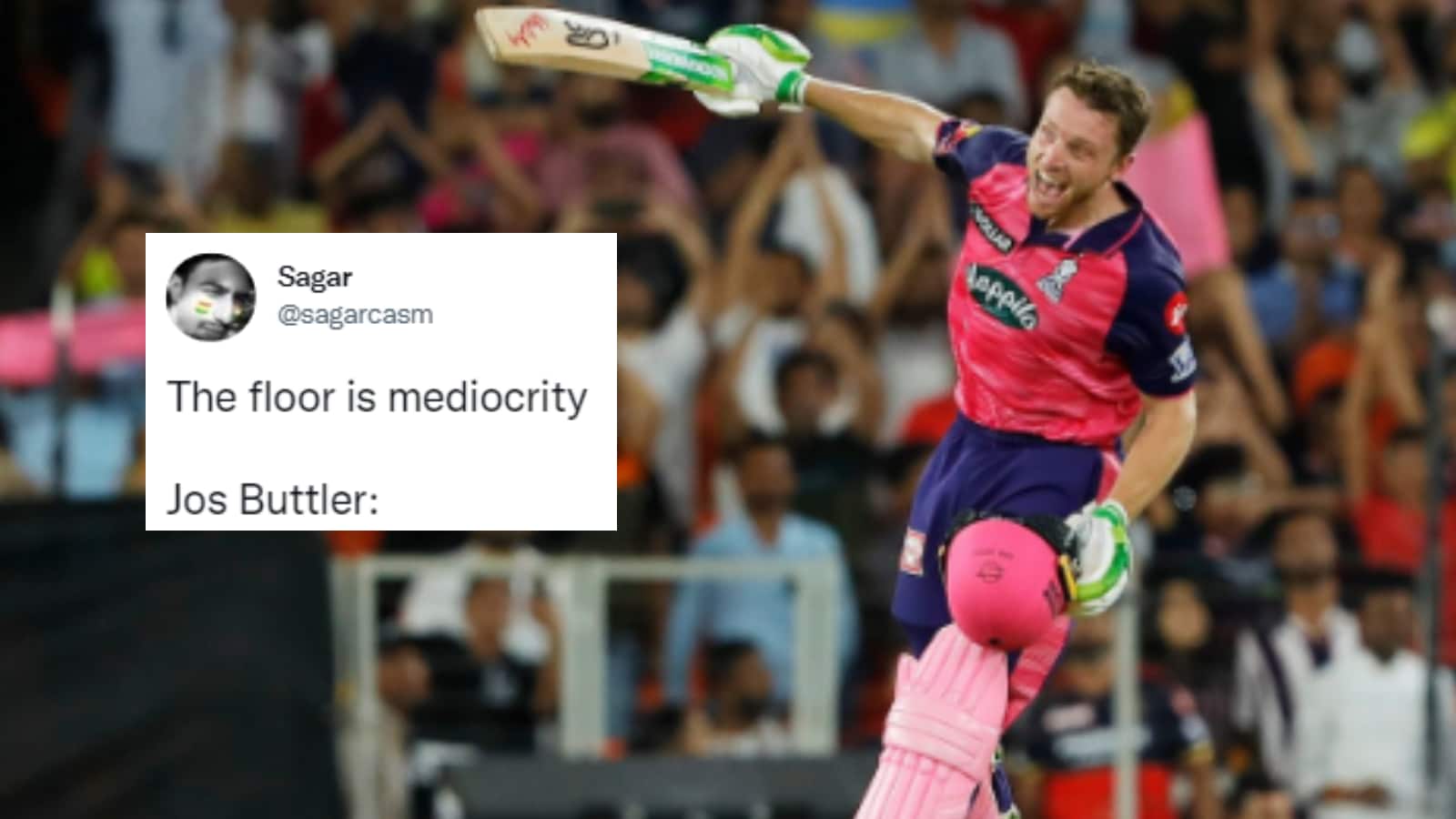 Jos Buttler made an absolute mockery of Royal Challengers Bangalore’s bowling attack as the English cricketer slammed his fourth century for Rajasthan Royals in the ongoing IPL 2022, powering RR to their first finals since their inaugural run under legendary Shane Warne. After restricting RCB to a modest score of 157/8, it became plenty clear, that Buttler, opening for RR, was in a hurry to take his side home. Not only did he slam a century at a big stage such as Qualifier 2, but he also did so with a lot of elegance smacking six maximums and ten boundaries in his unbeaten 106 that came in only 60 deliveries.

As Buttler shattered RCB’s hopes for lifting their maiden trophy under Faf du Plessis, fans gushed over the RR batter with words of appreciation (read: memes).

The floor is mediocrity

The bat first, ‘calculated’ Buttler is nice, but the chasing madman, ‘everything must go’ Buttler is the best

Meanwhile, Buttler also became only the third batter after Virat Kohli and David Warner to go past the 800-run mark in a single season of the Indian Premier League. Notably, Kohli scored a record-breaking 973 runs in the 2016 IPL, the most in a season. David Warner was also in the form of his life as he plundered 848 runs to help SunRisers Hyderabad seal their maiden title.

It will be Rajasthan Royals’ first IPL final since 2008, when they won the title under the captaincy of legendary Shane Warne. Sanju Samson-led Rajasthan will now face Hardik Pandya’s Gujarat Titans in the final at the same stadium in front of a huge crowd on Sunday.