HomeSportIPL 2022, RR vs RCB: Payer battles to watch out for virat...
Sport

IPL 2022, RR vs RCB: Payer battles to watch out for virat kohli vs trent boult dinesh karthik vs krishna buttler vs hazl 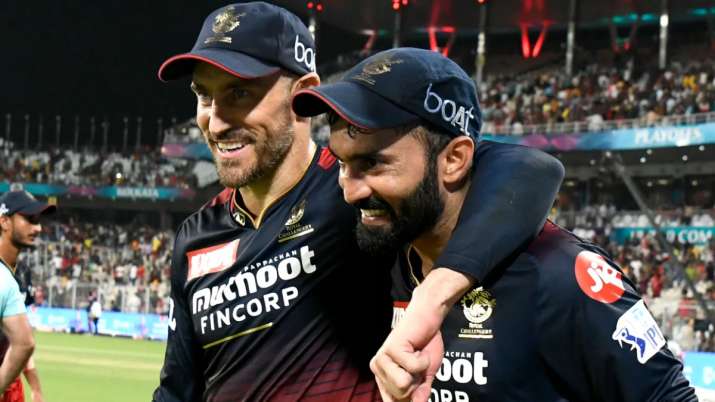 Royal Challengers Bangalore and Rajasthan Royals are all set to chase history as they face off each other in Qualifier 2 of the league.

These two have faced each other twice in the tournament and alternatively shared the honours. The first match happened early in the tournament, which saw RCB win by 4 wickets. The second match saw Rajasthan make a comeback to absolutely thrash RCB by 29 runs.

A lot has happened since then. The stakes are much higher this time. After all, both teams are competing for a ticket to the finale.

When these two teams take each other today, both teams will have certain matchups in mind. These are the player battles to watch out for when RCB take on RR.

The world knows Kohli has struggled big-time this season. After a brilliant knock vs GT, Kohli was again seen scratchy in the game vs Lucknow Super Giants.

Trent Boult will open the attack for Kohli, and although Kohli would have had no problems tackling Boult’s swing, he is not in his top element. So, it’ll be interesting to see who wins this battle. Boult will try to swing one away from Kohli after a flurry of inswingers.

Both Buttler and Hazlewood have been top-notch form this season. Buttler has literally murdered the opposition attacks, while Josh has time and again proved his worth.

Hazlewood would try his best to fox Buttler first up. Buttler on the other hand would like to put Hazlewood under pressure from the word go.

It’ll be interesting to see who comes out on top.

Krishna was taken to the cleaners by Miller in the Royals’ last game vs GT, but one bad game doesn’t define a player, and he’ll be looking for a strong comeback against the most destructive finisher of the season, Dinesh Karthik.

Karthik, however, will be motivated to give his best for the team, as he has done so many times in the past.