HomeMost RecentOpinion: My country shares an 800-mile border with Russia. The Ukraine invasion...
Most Recent

Opinion: My country shares an 800-mile border with Russia. The Ukraine invasion has utterly changed how I view NATO 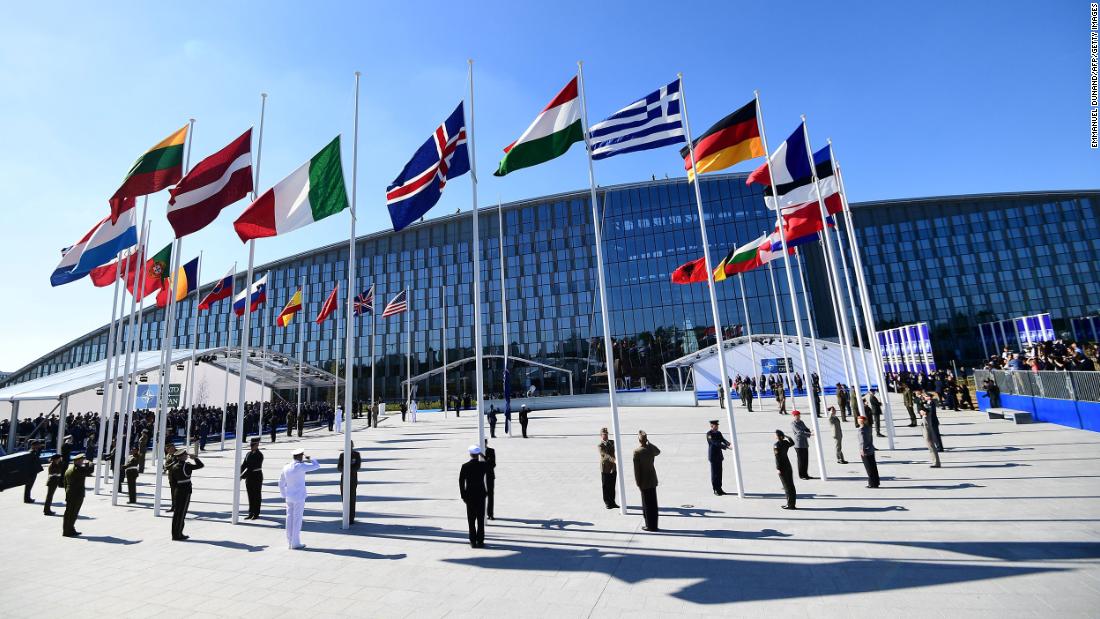 After decades of demurring, Finland appears ready to find shelter under NATO’s expansive defense umbrella. Prime Minister Sanna Marin, who met with her Swedish counterpart Magdalena Andersson in April, underscored the shift in thinking that many of us here have been feeling.

“We have to be prepared for all kinds of actions from Russia,” Marin said at a news conference in Stockholm, adding that a decision about joining NATO “will happen quite fast — within weeks, not within months.”

On Thursday, just four weeks after that news conference, Marin and the president of Finland announced their support for joining NATO. That led Russia’s Foreign Ministry to warn the Kremlin would “be forced to take retaliatory steps.”

As the horrors of Russian aggression in Ukraine unfold each day, politicians and ordinary people here in Finland — a country which has long prided itself on its neutrality — have become more outspoken in expressing their support for joining NATO.

Russian President Vladimir Putin’s war has backfired, at least in one respect: His attempt at making Ukraine — and other European countries on Russia’s doorstep — back away from the prospect of joining NATO has instead appeared to nudge some closer to the US-led military alliance.
Indeed, Putin’s war is redrawing the security and defense policy of modern Europe, though perhaps not in the way he imagined. Entry into NATO by Finland and Sweden would be one of the biggest geopolitical shifts in Europe since the fall of the Berlin Wall.

Putin’s miscalculation has led to negotiations about accelerating the timetable for Finland’s admission to the military pact. The question is no longer whether Finland will join NATO, but how quickly it will happen.

Nestled in northwestern Europe, with a population of some 5.5 million inhabitants, Finland is home to what are said to be the world’s happiest people. We have a high per capita income, stellar educational outcomes and a vaunted health care system. But our sense of contentment was shattered with Putin’s Ukraine invasion. Finland and Russia share a 1300-kilometer (830-mile) border.
As a small country with a Russian goliath for a neighbor, Finland has, out of necessity, always pursued very pragmatic politics. At the heart of Finnish Realpolitik is the idea that, while decidedly a western democracy, we should not provoke Russia unnecessarily. But the atrocities in Ukraine have changed our minds.
Six months ago, only a quarter of Finns were in favor of NATO membership. Despite our proximity to the Russian giant, people here historically have rejected membership in NATO. We always felt we had all the security we needed. We trusted that dialogue and trade with Russia would guarantee peace in Europe. And, while we were not NATO members, we had close cooperation with the transatlantic alliance, even taking part in military maneuvers from time to time.

Before the war in Ukraine, I couldn’t have imagined needing to stash away food supplies in case of a crisis, or preparing for possible Russian retaliation if Finland were to apply for NATO membership. Like so many others in my country, I felt that Europe’s balance of power was stable enough. As a practical matter, non-alignment has been at the heart of Finland’s foreign and security policy since the end of the Second World War.

But the Ukraine invasion has engendered a growing sense of foreboding among my compatriots. Support for joining NATO has jumped dramatically: Now at least 60% of Finns want to join the alliance, according to recent polls.
“There is no other way to have security guarantees than under NATO’s deterrence and common defense as guaranteed by NATO’s Article 5,” Marin said, referring to the clause that states if one NATO member is attacked, all others in the 30-member alliance will rally to its defense.

So, what took us so long? Why didn’t Finns rush to join NATO before it got to the point of being a defense and foreign policy necessity? Finland’s past reluctance has been based, in part, on worries over losing the non-aligned status that has allowed us to play a mediating role in global conflicts.

Many Finns were fearful about becoming the easternmost military outpost of the West. While member nations view NATO as a defensive alliance, some countries see it as having offensive capabilities and aspirations. Certainly, Moscow does. Joining NATO always seemed to run the risk of poking the Russian bear.

Russia has already threatened severe economic and military consequences if Finland or Sweden apply for NATO membership. Moscow even threatened to introduce nuclear weapons to the Baltic region if they join the alliance. And in what appears to be a retaliatory move, Russia cut power exports to Finland on Saturday.

​Decision makers and the general public have to understand all the ways that Russia may try to strongarm us as we move toward. With a high degree of media literacy and being blessed with one of the world’s best education systems, Finns are less prone to falling victim to Russian disinformation.

During the period between making its formal application and actually being admitted into the alliance, Finland would not have the shield of NATO’s security guarantees. But we’re less worried about military aggression than the other ways Russia can make life difficult for us.

It’s possible Moscow will attempt to strike fear into our hearts by massing troops near the Finnish border. And experts tell us the moves to join NATO will make us more likely to be hit by a cyber-attack. We saw evidence of that when government sites were hacked just as Ukrainian President Volodymyr Zelensky delivered an address via video to the Finnish parliament.

NATO membership would give lots of added value to Finland’s defense against Russia, but it is not the end all and be all. The primary responsibility for the protection of Finland will always lie with ourselves.

For a country of our size, Finland has a strong defense force, and our government is determined to make it even stronger. In April, the government allocated an additional 2.2 billion euros ($2.4 billion) for our national defense for the next four years — a direct response to the Russian attack on Ukraine.
People in this country still remember the Winter War of 1939, when the Soviets thought they could easily invade Finland but were quickly driven back. It was a foreshadowing of the fight now being waged by brave Ukrainians against a more powerful Russian aggressor. Finland still faces a geopolitical balancing act, but it can’t allow itself to cower when confronted by the neighborhood bully. To do so would only invite aggression.

It has become clear that there are no limits to what Putin is willing to do to advance his geopolitical interests. In the end, it is Putin who has, in fact, made the case for joining NATO stronger than ever.

This article has been updated to reflect the latest news.