HomeMost RecentShortages are popping up across the supply chain as the pandemic messes...
Most Recent 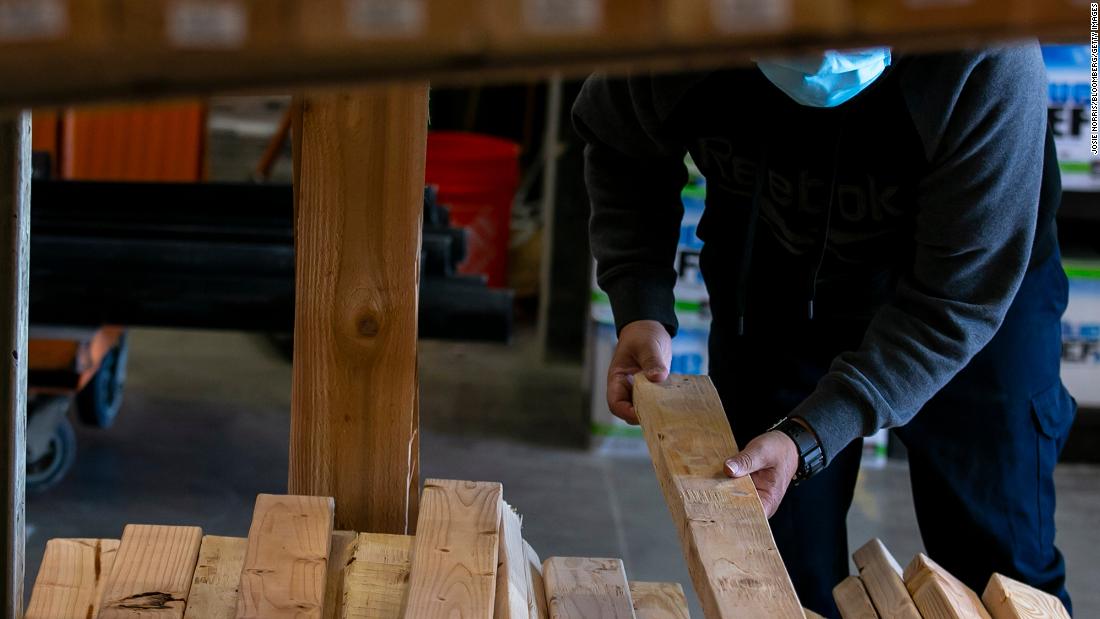 Shortages are popping up across the supply chain as the pandemic messes with shipping, demand, supply and all the other levers of the global economy.

Here’s what’s hard to get, why and for how long, according to CNN Business’ writers.

That’s proving to be a problem for KFC: Its revamped chicken sandwich is selling twice as well as its predecessor and becoming too popular to meet demand. Interest in the product, along with tight chicken supply, has made keeping pace with customers’ orders the “main challenge” for KFC as it enters the second quarter, according to Yum (YUM) CEO David Gibbs.

Summer is around the corner, but anyone looking forward to a refreshing dip in the pool to cool off may be in for a big “shock.” A chlorine shortage may make it more difficult for pool owners to buy the sanitizing tabs.
Chlorine supplies are running low due to a fire at a chemical plant in Louisiana last August that was damaged by Hurricane Laura. As a result, prices for tabs have skyrocketed. A quick look at Amazon shows that a 50-pound bucket of 3-inch chlorine tablets from the In the Swim brand now costs as much as $169.99, about double the normal cost.

“The extent of the chlorine shortage is still unknown,” said B&B Pool and Spa Center, a Chestnut Ridge, New York-based retailer, on its website.

What’s clear is that pool owners should consider stocking up sooner rather than later. “With regard to retail pricing, it is a fact that we are seeing increases across the industry,” said Michael Egeck, CEO of pool supplies company Leslie’s, during a February earnings conference call.

In the market for a new car, smartphone or washing machine this year? A global shortage of computer chips could mean you have to wait a while — and pay more.

A growing number of manufacturers around the world are having trouble securing supplies of semiconductors, delaying the production and delivery of goods and threatening to push up the prices paid by consumers.

Several factors are driving the crunch, which was initially concentrated in the auto industry. The first is the pandemic, which plunged the global economy into recession last year, upending supply chains and changing consumer shopping patterns. Car makers cut back orders for chips while tech companies, whose products were boosted by lockdown living, snapped up as many as they could.

The shortage is going from bad to worse, spreading from cars to consumer electronics. With the bulk of chip production concentrated in a handful of suppliers, analysts warn that the crunch is likely to last through 2021.

Millions of people stuck at home for more than a year are expected to hit the road for much-needed post-pandemic vacations this summer. But good luck finding gas.

It’s not that there’s a looming shortage of crude oil or gasoline. Rather, it’s the tanker truck drivers needed to deliver the gas to stations who are in short supply, and that could lead to challenges at the pump come Memorial Day.

Between 20% to 25% of tank trucks in the fleet are parked heading into this summer due to a paucity of qualified drivers, according to the National Tank Truck Carriers, the industry’s trade group.

“We’ve been dealing with a driver shortage for a while, but the pandemic took that issue and metastasized it,” said Ryan Streblow, the executive vice president of the NTTC. “It certainly has grown exponentially.”

Gas prices, which typically rise at the start of the summer as seasonal regulations take effect — requiring the more expensive “summer blend” of gasoline needed to combat smog — are also rising.

The national average price of regular gas already stands at an average of $2.94 a gallon, up more than 60% from a year ago when prices and demand were bottoming out. The national average could surpass $3 a gallon this summer, and even get higher if any hurricanes hit the Gulf Coast or if there are any other disruptions to supply, such as a refinery fire. The Friday ransomware attack on the Colonial Pipeline — one of the nation’s largest and most critical sources of fuel delivery -— is also sparking fears of a looming price spike.

Shortages of ketchup — specifically in packets that often come with your to-go order — started popping up around the country last summer, and the plot has thickened.

How did this happen? It started with the Centers for Disease Control and Prevention discouraging traditional, dine-in service at restaurants and suggesting more pandemic-friendly options like delivery and takeout instead.

Suddenly, restaurants coast to coast were packing up entrees, side dishes and cold beverages for a steady string of people working from home swirling past in their cars. Those customers expected condiments. So those traditional restaurants jumped into direct competition with fast food places, which had also shut down their dining rooms and upped their orders for ketchup packets.

Demand and prices went up, and supply went down. Heinz (KHC), the biggest ketchup producer in the country, is at the epicenter of the problem and taking steps to address it. The company recently announced “a 25% increase in production, totaling 12 billion ketchup packets…a year.”

As the pandemic crushed the US economy last spring, sawmills shut down lumber production to brace for a housing slump. The slump never arrived and now there isn’t enough lumber to feed the red-hot housing market.

The shortage is delaying construction of badly needed new homes, complicating renovations of existing ones and causing sticker shock for buyers in what was already a scorching market.

Random-length lumber futures hit a record high of $1,615 on Tuesday, a staggering sevenfold gain from the low in early April 2020. That’s a big deal because lumber is the most substantial product that home builders buy.

The good news is that industry executives expect lumber production to catch up with demand — eventually. Samuel Burman, an assistant commodities economist, predicted in a recent note to clients that there will be a “sharp fall” in lumber prices over the next 18 months.

But they are all vulnerable to price volatility and shortages, the International Energy Agency warned in a report published this week, because their supply chains are opaque, the quality of available deposits is declining and mining companies face stricter environmental and social standards.

Limited access to known mineral deposits is another risk factor. Three countries together control more than 75% of the global output of lithium, cobalt and rare earth elements.

In the past, mining companies have responded to higher demand by increasing their investment in new projects. But it takes on average 16 years from the discovery of a deposit for a mine to start production, according to the IEA. Current supply and investment plans are geared to “gradual, insufficient action on climate change,” it warned.

Steel is just the latest shortage to hit the US economy as it recovers from a pandemic that scrambled supply chains and set off sharp shifts in demand.

Much like lumber, the steel industry was caught off guard by the rapid recovery in demand that began last summer — especially in the auto industry. “All of a sudden people were buying lots of cars,” said Tanners, the Bank of America analyst.

And it took time for America’s aging steel mills to resume the production they had sharply cut at the onset of the pandemic. Steel inventories shrank rapidly and shipments were delayed, just as steel buyers began ordering more than usual.

The good news, for steel buyers at least, is that analysts say all of the US steel production capacity that was idled during the pandemic has returned.

This is NYC’s most unpredictable mayoral race in 50 years