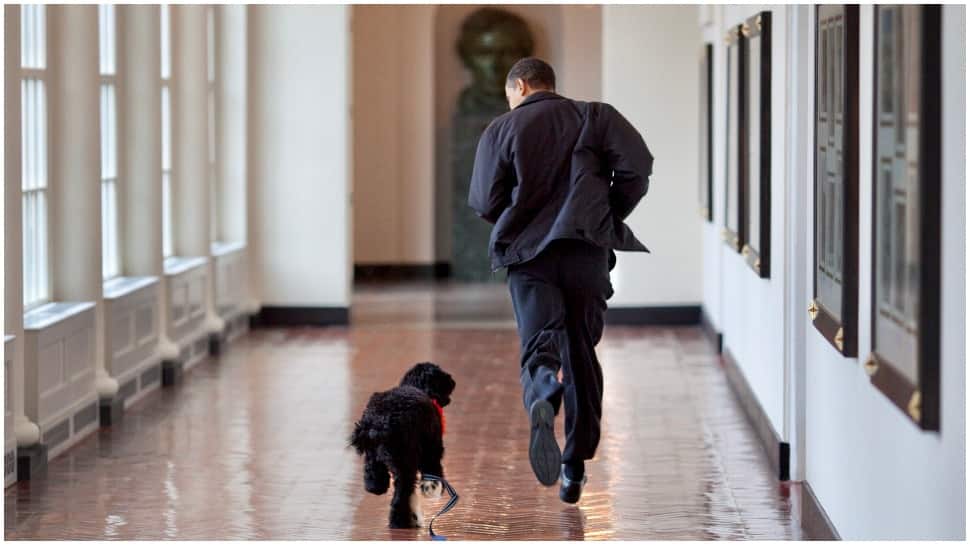 Washington: Former US President Barack Obama on Saturday (May 8) announced the death of Bo, the Portuguese water dog who became the first presidential pet in the Obama White House.

Taking to Twitter, Barack Obama said that the family has “lost a true friend and loyal companion” and that Bo was “a constant, gentle presence in our lives”.

“He tolerated all the fuss that came with being in the White House, had a big bark but no bite, loved to jump in the pool in the summer, was unflappable with children, lived for scraps around the dinner table, and had great hair,” the former US President said.

“He was exactly what we needed and more than we ever expected. We will miss him dearly,” he said in another tweet.

Sharing happy memories of life with Bo on social media, former First Lady, Michelle Obama revealed that cancer was the cause of death of “our best friend”. This afternoon was a difficult one for our family. We said goodbye to our best friend–Bo–after a battle with cancer. We are grateful for the love you showed him over the years. Please hug the furry members of your family a little closer tonight–and give them a belly rub from us,” she tweeted.

Bo arrived at the White House as a 6-month-old puppy in April 2009, a gift from Senator Edward M Kennedy of Massachusetts and his wife, Victoria, to the first children, Malia and Sasha Obama, reported The New York Times.

The former first dog was known for cavorting on the South Lawn in front of the White House press corps, barking at news conferences and attracting fan mail from children across the country.

In 2013, Bo was joined at the White House by a second Portuguese water dog, Sunny, after Michelle Obama said that Bo needed more interaction with other dogs, according to NYT.

“As a family, we will miss Bo dearly. But we are thankful that he lived such a joyful life full of snuggles, games of fetch and evenings spent lying on the couch,” said Michelle Obama.